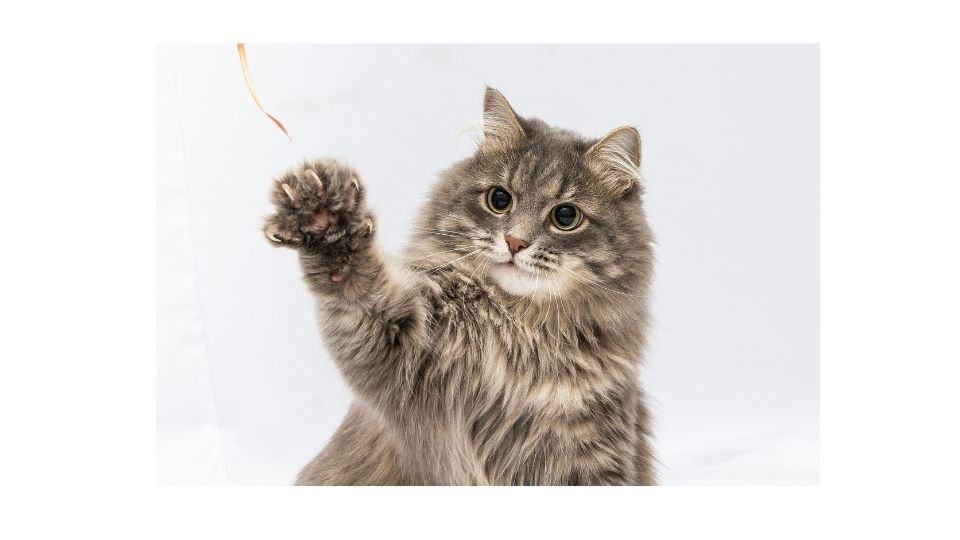 As cat owners, we hope to develop strong relationships with our feline friends. However, many of us wonder if our cats are loyal to us or if they’ve just simply grown accustomed to living with us. Recent research has found that cats not only form close bonds with their owners, but they also behave differently when a stranger enters the house.

Do Cats Protect Their Owners?

Cats are territorial creatures, and it’s likely that they view their homes as their own personal kingdom. This means that they don’t like having strangers walk on their “land.”

A study conducted by researchers at the University of Edinburgh found that cats will often choose to spend time with their owners over a stranger.

The study involved pressing a buzzer while sitting in the owner’s or stranger’s presence; if a cat responded, this indicated that the cat had chosen to spend time with the stranger instead of the owner.

If a cat did not respond to either person, this indicated that it did not care for either party. The study involved 20 cats; only one of the kitties chose not to interact with either the stranger or the owner. It was found that cats who interacted most with their owners were also more likely to protect them from a perceived threat.

A 2012 study out of New Zealand found similar results. The researchers took two groups of household cats and placed them in unfamiliar situations (one group traveled to the researchers’ homes and the other group stayed home).

The researchers found that cats who were familiar with the intruder were significantly more likely to go to the location of the hidden speaker. This indicates that cats use information about their homes and owners to identify strangers. They also tend to seek safety near their owners if they feel threatened by a stranger.

Cats may hiss at strangers that enter their territory. This is a cat’s way of saying, “Hey, this isn’t your home. You need to leave.” This behavior indicates a level of protectiveness in these animals.

Some cats may even swat or bite intruders, especially if they happen to be smaller than the cats. However, it’s important to remember that not all cats exhibit this behavior.

Studies out of the University of California have shown that some cats simply allow intruders into their homes without showing signs of anxiety. Summary:

The relationship between a cat and its owner is similar to any human-pet relationship in that it’s based on love, trust, respect, and loyalty.

Studies suggest that cats are more loyal to their owners than previously thought; they’ll even go so far as to protect them from intruders. While all cats differ in their behaviors, the ones that are most loyal and protective of their humans have likely formed close bonds with them over time.

Why is my cat so protective of me?

There are likely several reasons why a cat is so protective of its owner. One theory suggests that cats have learned to associate their owners with positive things, like food and shelter. When these things are threatened by strangers, they become agitated and seek safety with their owners.

Another theory suggests that the bond between a cat and its owner has been cultivated over time through interactions like petting or playing games together, which is then reinforced by the owner’s consistent interactions with the kitty in the form of feeding, playing, and even just talking to the cat. This happens over time; the more time cats spend with their owners, the stronger their bonds become.

Are cats territorial of their owners?

Ever wondered why your cat tends to be so close to you? Is it because they just want to be part of your daily routine no matter what you are doing? Some facts about cats being territorial about their owners, just by nature of them being a pet, have only recently been discovered.

Just think that before the understanding in this article about owning a cat, is probably how most people thought for a long time. But now we have some interesting information on cats like this: They will even protect their owner from another person that enters the house.

Do cats protect you while you sleep?

Does your cat sleep next to you at night, and does the cat seem to always be in the same room as you? You may be thinking that this has to do with your cat wanting companionship, but it may have more to do with protecting its owner.

There are a few theories as to why this happens, one being that cats will sit nearby their owners while they sleep in order to make sure that no other animals come into the house and take advantage of the situation. Another theory suggests that it’s just their way of protecting their owner from any dangers while they are asleep.

How do you tell if your cat is protective of you?

Are you wondering if your cat is protective of you, then you might take a look at some of these signs that they are territorial of their owners? One sign that you may see in your cat is them jumping up on the counter to get into a room where there is food.

This is something that they have learned from watching and being around their owner do it for them. When they have this urge to do something like this, like going into a room or getting on the counter, or even just jumping on a table so they can be closer to their owner.

Their next move would be to follow the human around and put themselves in between the human and whatever else is going on at the time. So there are some signs to look for if you think that your cat is protective of you.

What is the Best Guard Cat?

When it comes to home safety, a guard cat can be one of the best things you ever have in place. Most guard cats are very territorial and keep intruders at bay.

Having a guard cat is important if you live in an area that has a lot of dangerous wildlife. Not just any kind of animal either. There are some who will follow you into your house and that can become very dangerous if they are not there for the right reasons.

A good guard cat should be friendly with all family members, especially children (usually won’t hurt them). It’s possible to train your own cat to distinguish between harmless strangers and those who may mean harm to you or your family.

Your cat will be very protective and territorial of you as well. They will use their natural instinct and senses to keep you protected from danger, intruders, and other animals.

Having a cat as a guard in your home is one way to keep your family safer. If you are interested in owning a guard cat, there are several different breeds that would make great guard cats for your home.

They include the following:

The British Shorthair is one of the best breeds for being a guard cat. They are easily trained Cats to protect not just you but your property as well. They have a very laid-back attitude and will often relax on the sofa instead of sitting in their own cat tree that they have in their room.

They are very loyal to their owners and make sure that you feel safe at all times. Cat Breeds: Abyssinian The Abyssinian is a short-haired cat that has beautiful markings.

They are playful and inquisitive, but also very friendly with all family members. They do love to explore, however, so you may need to watch them around your house to make sure they don’t end up getting into trouble with certain items or getting lost.

The Cornish Rex is a small cat with an extremely rounded body that has little hair on it. It is a very playful cat and enjoys being around people. They like to be around their owner when they are awake and like to stay away from them at night when they sleep.

The Siamese is a fluffy cat with a slender body. They are extremely intelligent and playful. They will need to be kept occupied with toys and playtime or else they will do things that you don’t want them doing, such as chewing on wires or knocking things over. They are great with people but aren’t always the friendliest with other animals or children. C

The Blue Lynx Point is a medium hair cat that has blue eyes and can come in a variety of colors. The Lynx point is a cross between the Siamese and the domestic cat. They are one of the smaller cat breeds but have lots of energy. They love people and will get along great with other pets and children.

The Bombay are large, muscular cats with short hair that comes in a variety of colors. They are affectionate but not as much as some other cats. The males tend to be more loving than females. When playing they’re graceful and agile, but when relaxed they will just want to sit around with you snuggled up on your lap.