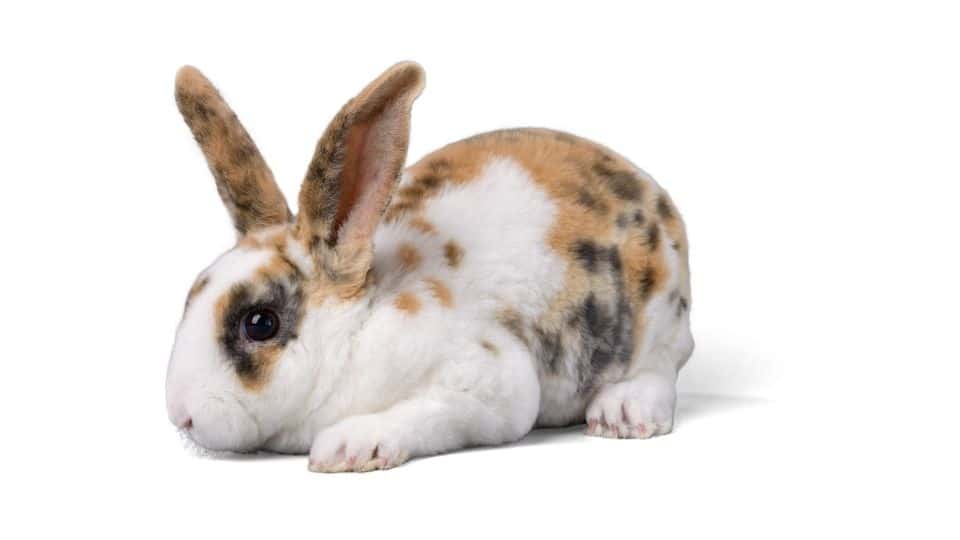 Rabbits are adorable creatures. Most people think that they are completely quiet. However, if you’re wondering, do rabbits make noise? Most people do not know the answer. Today, we will share the answer to this question. Not only that, but you will also go into the details of our answers so that it becomes easier for you to know more about rabbits.

In Short,  Rabbits are generally pretty quiet. However, many times, they make certain noises. While rabbits are usually quiet, but they do make these noises.

Rabbits are one of the many creatures that I found to be quite entertaining, and they are like real-life buttons. Their eyes are as big as saucers and they seem to be very curious.

Rabbits have long ears, which serve as a good antenna for listening to any sounds that go on around them. While these cute creatures look very innocent, they can make some noise at times. Rabbits will communicate with each other by making a variety of noises like grunts, squeaking, and chirping noises.

1. Grunts: When rabbits grunt it means they are being aggressive towards another rabbit or predator that may try to  Attack them. Squeaking: The squeaking noise that is heard is a call for help and is usually heard when a rabbit is unable to breathe.

2. Chirping: Chirping noises are heard when the rabbit wants to get attention or just to hear their own voices. They also make noises when they are in hiding and want to get noticed by others.

3. Purring: When you hear your rabbit purring, it is generally good news. It is a sign of happiness. The sound is similar to that of cats. However, you need to keep in mind that most rabbits will purr using their teeth rather than their throat. However, that is nothing to worry about.

4. Humming: The 2nd most common noise which a rabbit can make is humming. Coming from a male rabbit generally indicates that he is trying to impress his female counterpart. In most cases, if the female is responsive, she will reciprocate with a similar noise. It is also the noise that breeders are always looking out for.

5. Muttering: When a rabbit starts muttering, it is generally a negative thing. Rabbits mutter only when they are unhappy or upset over something

6. Teeth grinding: A rabbit grinding its teeth is another worrisome noise that you need to look out for. If your rabbit is consistently grinding teeth, it indicates that the rabbit is in pain. It might be a good idea to comfort the rabbit in that case

7. Squealing: Squealing is another sound that should be worrisome for you if the rabbit makes it. It is similar to a small child screaming. Most of the rabbits never scream. However, if they do, you need to start comforting the rabbit right away. You have to stay close to the rabbit for the next few hours as well. Only doing so can comfort the rabbit.

8. Wheezing: Wheezing is a noise that indicates that the rabbit might have a breathing problem. If the rabbit makes such a noise, you need to contact the vet immediately

9. Whining: A rabbit can wine in 2 cases. Both the cases are quite the opposite. The first case indicates that the rabbit is curious. It might be when the rabbit notices a sound or something moving nearby.

On the other hand, whining can also be due to irritation. It might be due to the surrounding of the rabbit. The only way to know the difference is to take into account the context. Once you consider the context, it will become easier for you to understand whether a rabbit is irritated or just curious.

Rabbits communicate with each other by making different noises because they cannot hear well. If they can not hear another rabbit, it is because of the big ears that they have, and also because their ears are positioned close together.

Their ability to feel vibrations in the ground is what actually helps them hear. By feeling vibrations they can tell that another animal or person is close by.

Why is my bunny making noises?

Rabbits make noise for a variety of reasons, but keeping them a little bit on their toes keeps them entertained and stimulated. If you have rabbits that are used to sleeping every night in the same place and they suddenly start making noises, what could be the reason?

Often they will be making noises because they are trying to get your attention. Boredom: Some rabbits can be very bored. If they are only used to sleeping in the same place all of the time, it can be hard for them to get used to being let out in the home environment again. They will often make some noise as an attempt at getting you to leave their cage so that they can come out and play with you.

Are rabbits noisy at night?

Rabbits are nocturnal animals, meaning they are active primarily during the night. They get most of their feeding done after dusk and before dawn, making them very active at night.

Most pet owners will expect their rabbits to make some sort of noise as they get accustomed to a new environment. A rabbit’s cage should be in a room where it can be left alone for the night.

The only time they will be noisy is when they want attention or more food. Their natural diet of veggie and fruit often makes them thirsty and hungry all at once.

Are indoor rabbits noisy at night?

Due to their acute hearing, there is no way that rabbits should be making as much noise as they do. They should make some noise, but definitely not a constant squeak or rattle.

It is okay for them to make noise once in a while, but if they are making it constantly, then something may be wrong with them. They can still be noisy if they are being held by someone who does not know how to handle them properly and are allowed to roam freely.

Why does my rabbit squeak when I pet her?

Rabbits are very social and love to be touched. When you pet them they will often make a squeaky noise because of the extra pressure that is put on their soft, delicate skin.

Though it can be very cute to hear them squeak, it can be annoying when you find them making that noise constantly. Rabbits that have been handled frequently may jump up in the air or scurry on the ground. If they are being held by someone who is not gentle, their body may twitch and they may even make noises as if they are in pain.

How to make your rabbit quieter?

If you have a rabbit that is making a lot of noise, there may be something wrong with him. Get him checked out by a vet and make sure he does not have any problems.

The vet will likely give you some tips on how to keep your rabbit quiet. If your rabbit has already been examined and it is determined that the noises are not coming from discomfort, then try these tips to quiet him down: