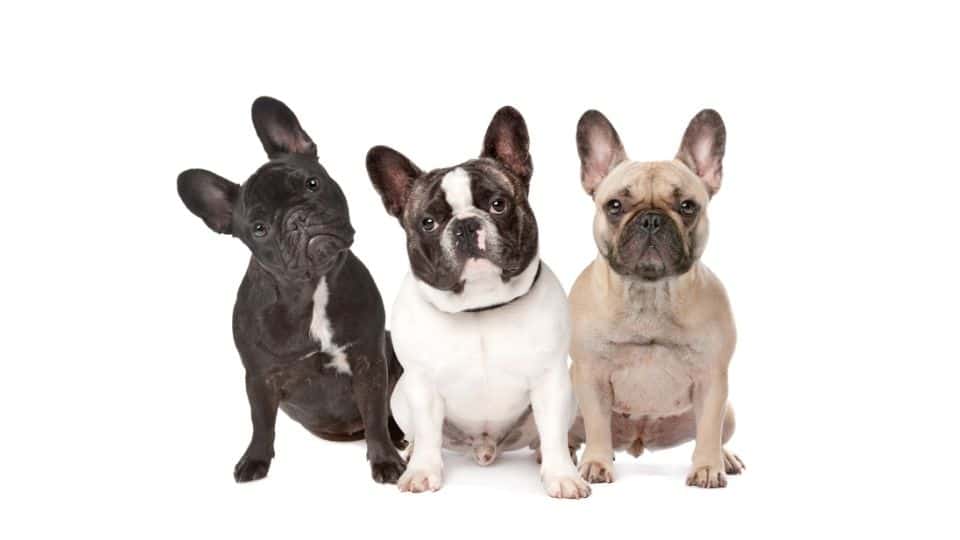 It’s not common for French Bulldogs to have many puppies in a single littler. The same goes for other dogs with small skulls which French bulldogs also have.

That means the question is: How Many Puppies Do French Bulldogs Have? Also How many litters will a French Bulldog have during their lifetime? Under most normal circumstances, there will be about three puppies in a single litter from a French Bulldog.

If a French Bulldog is giving birth to a litter, they won’t be able to deliver the puppies naturally. If you wanted to compare French Bulldogs to bigger dogs, Golden Retrievers normally have about eight puppies in a single litter.

Many people who are looking for dogs want a French Bulldog. The demand as well as the small amount of puppies per litter is one reason why French Bulldogs cost so much to purchase.

Why Can’t French Bulldogs Give Birth To More Puppies?

This means it would be a tight and unsafe fit if more than three puppies were going to be in the next litter. Another risk to the newborn puppies of a big litter could mean that some puppies will be at a dangerous weight and maybe all the puppies wouldn’t get the milk they needed to survive after they were born.

What Is The Length Of A Pregnancy For A French Bulldog?

The full process takes around 63 days starting when the puppies are conceived. Due to the body of a female French Bulldog, it’s hard for them to breed when compared to other dogs. That’s why people who want French Bulldog puppies impregnate their dogs through artificial means.

How Old Will French Bulldogs Be When They Can Give Birth To Puppies?

If you are wondering how old French Bulldogs have to be before they can give birth to puppies, this can occur when the French Bulldog is only five months old.

This will only happen if the French Bulldog has already developed a normal schedule to go through different cycles. If a French Bulldog is ready to deliver a litter and is only five months old, there will be complications that could threaten the well being of the puppies and the dog.

So if you do not want your French Bulldog to become pregnant, it’s best to keep her inside when she is in heat or to get her fixed. If you decide to get your dog fixed, consult a veterinarian to make sure your dog is in the age range where the operation wouldn’t endanger the dog

Can a French bulldog have puppies naturally?

Most of the time, your French Bulldog will need a C-Section when they are pregnant. If you don’t get a Csection for your dog, then it could be unsafe for the puppies and dog when the puppies are ready to be delivered.