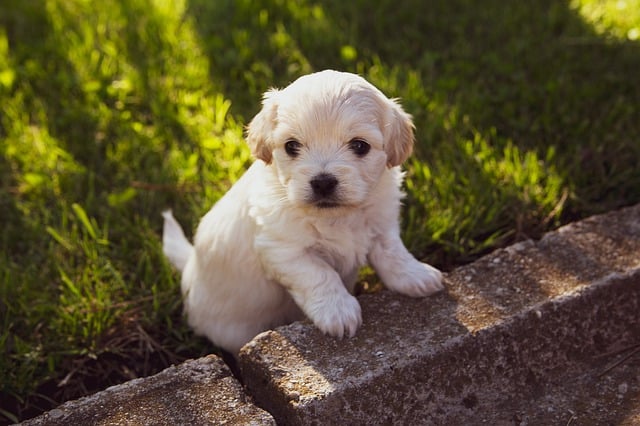 The legality of selling puppies before eight weeks solemnly depends on the breeder’s state laws. The age limit to selling a puppy in most states is at least eight weeks. In fact, it is illegal to sell puppies before they reach the 7-week mark in states like Virginia.

Other states require puppies to undergo the whole weaning process before they are sold. Remember, weaning takes up to 7 weeks, but it may take longer for some puppies.

The specific regulations surrounding the sale of puppies differ in the entity being affected. Some regions prefer to issue a blanket prohibition, while others channel their laws to puppy breeders.

The laws in such cities do not affect pup owners. In case you violate these laws against the sale of puppies before eight weeks, you are eligible for a fine or, in the extreme cases, a short jail term.

What Happens if You Take a Puppy Before 8 Weeks?

Puppies learn different essential behavior patterns before 8weeks. However, they need to grow up alongside their mother and litter until they master crucial life lessons and appropriate manners.

Although puppies’ learning process varies from one pet to the other, most puppies learn critical life lessons specific to dogs between three and six weeks of age.

For example, puppies learn about different body postures when playing with their mother and littermates. They also learn how to interpret various forms of canine communication.

When puppies are aged between five to seven years, they learn how to control their bite when playing. The bite inhibition life lesson for our canine friends is a crucial lesson that affects the puppies’ future behavioral patterns.

In case a puppy bites one of its litter mates too hard during play, the other pup makes a sharp yelp and withdraws from the game immediately.

Therefore, the biting pup will learn that he has to watch the magnitude of its bite for the game to go on. If a puppy fails to learn the right bite inhibition, it won’t control the amount of pressure he uses to bite. This implies that the puppy might hurt another litter mate even during play, or in the worst case, it might hurt the tender skin of a human if the pup is not taught appropriate bite inhibition.

Besides, pups also learn how to submit forms when they are five weeks old. The mother teaches the pup basic behavioral attributes and can also discipline the puppy in case of unpleasant behavior.

The pup’s mother can either growl or faintly snap to correct the pup in the event of an unacceptable behavioral trait. After a few disciplinary measures by the mother dog, the puppies master more acceptable manners.

A simple glare from the mother is enough to correct an unwanted behavioral trait within a few days. When puppies fail to master the mother’s appropriate behavioral patterns, training them becomes a big challenge

Why Can’t Puppies Come Before 8 Weeks?

One of the main reasons you should not buy or sell puppies before they are eight weeks old is that it is around this period when puppies are fully weaned. Selling a puppy before the weaning process is over can be detrimental to the pup’s overall well-being.

Weaning usually starts between three to five weeks of age and takes three to four weeks to complete. However, some puppy breeds may take a longer time to wean, up to 10 weeks, as different puppy breeds respond differently to weaning.

In any case, you should monitor your puppies and ensure they complete weaning before you think of selling them. Another reason for discouraging puppies’ sale below eight weeks of age is that most puppies have not adequately socialized before this time.

Humans cannot comprehensively teach some important life lessons and behavioral patterns, such as bite inhibition. In this case, the puppy has to stay with his mother and litter mates for at least eight weeks to learn these social skills.

You are selling a puppy before eight weeks can trigger antisocial traits in the pup. You wouldn’t want an unfriendly puppy walking around your home. It can cause more tension than the comfort and excitement you intended to bring in your home.

What do You Need for a Puppy at 8 Weeks?

Bringing an eight-week-old pup to your home is a moment full of anticipation and excitement. However, it cannot be easy to know what precisely to expect with a new puppy.

If you’ve had a puppy or an adult dog before, you already know that there’s a lot when it comes to taking care of your pup than just the games and the exciting walks with your canine friend.

So, what will you need to have the ultimate home setting for your new friend? You will have to get this essential equipment before bringing your new best friend;

The food and water bowls should be made of stainless steel since they collect fewer bacteria than other materials.

There is a lot of controversy around the sale of puppies before eight weeks, given that some states sell puppies as young as four weeks. You can use the article’s information to know whether it is right or wrong to adopt a puppy before eight weeks in your state and understand its impact on the puppy’s overall well-being.